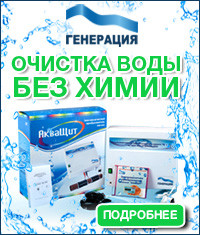 Water is the foundation of life.

Material underlying this article is based on samples
of bottom sediments taken from the Bornholm
CW dumpsite during implementation of MERCW
Project: explorations on R/Vs Professor Shtokman
and Centaurus in 2006 and 2007 and on the chartered
German vessel Fritz Reuter in 2008. Sampling stations
in the Bornholm Deep were chosen on the basis of
earlier data about arsenic distribution and location
of the shipwrecks that had been obtained during
1997–2005 and subsequently studied in AB IO RAS
(Paka 2004; Emelyanov, Kravtsov 2007). 178 samples
of sediments from the Bornholm Basin were subject to
chemical analysis in AB IO RAS (Emelyanov 2007;
Emelyanov, Kravtsov 2007). This included grain
size analysis of sediments and determination of the
following 18 elements contained in the sediments:
Corg, Ntotal, Ptotal, Ca, Mg, K, Na, Fe, Mn, Ti, Cu, Zn, Co,
Ni, Cr, Cd, Pb, As. The central part of the CW dumps
site (encircled area at Fig. 1) was further referred to
as “hot spot”.

During 2006–2008 expeditions 200 bottom sediment
samples were taken at 141 stations in the vicinity
of the four shipwrecks and in the “hot spots”. Nine
short (up to 30-40 cm) mud cores proposed taken
in the immediate proximity to the ‘hot spots’, were
frozen at – 180 C and given to the Finnish MERCW
project partners at Finnish Institute for Verification of
the Chemical Weapons Convention (VERIFIN), where
they have necessary facilities for micro–determination
of certain chemical warfare agents. Traces of chemical
warfare agents were found in each sample, which
hence proved the relevance of arsenic data. In order to
investigate how the content of arsenic and heavy metals
in sediments depends on remoteness from presumable
source, some of the stations were sampled outside the
main chemical munitions dumps site. Stations were
positioned at six profiles running in different directions
from the point of two closely located shipwrecks, at
the intervals of 50; 100; and 500 metres, and 1; 5; 10;
20; and 30 kilometres (Fig. 2).

Sampling was made with ODOK box–corer and
coring tube (Niemistö corer). From the box–corer the
top central part of undisturbed sediment layer (0-5
cm) (i.e. having no contact with box–corer’s sides)
was sub–sampled. Sediment cores were then cut in
layers according to horizons: 0-5; 5-15; 15-25; 25-35;
and 35-45 cm. Each sample (black and grey mud) was
placed into indexed airproof plastic bag and frozen
in deep–freezer at t= – 180C. The top sediment layer
(0-5 cm) was semi-liquid, i.e. with very high content
of moisture (70– 80%). After having removed large
objects with a tweezers, samples were dried at t=750C,
then mechanically pulverized and homogenized.
Atomic absorption spectrometry (AAS) was used in
AB IO RAS for measuring arsenic and heavy metals in
178 samples using Varian SpectrAA 240FS spectrometer
with air–acetylene flame atomizer and KWANT.Z–
ETA spectrometer with electro-thermal atomizer and
graphite furnace (Emelyanov, Kravtsov 2007). The
pulverized sample was subject to digestion using one
of the two following techniques: 1) oxidation by acid
digestion throughout evaporation, using acid mixture
HNO3 – H2SO4 – H2O2 or HNO3 – H2SO4 – HClO4; or 2)
dry digestion using MgO – MgNO3 (Irgolic et al. 1995).
Main extraction methods were: mixing/shaking, pressurized
extraction systems such as microwave heating
in special airproof containers (Francesconi, Kuehnelt
2004). There are no universal extraction systems that
may be used for all forms of arsenic and heavy metals.
AAS findings on arsenic and heavy metals contained
in 178 sediment samples may be found in the paper
(Emelyanov, Kravtsov 2007); also some findings are
presented in this paper (map of arsenic distribution in
sediments in chemical munitions dumpsite at P-201,
P-181, P-225 polygons, as shown in Fig.1).
In the RPA “Typhoon” for determination of arsenic
and heavy metals in 200 sediment samples was used
X-ray fluorescence spectrometry (XRF) (CARION
NRF 2005). Weighed portions (0.5-1 g) of dried
pulverized samples were pressed into pellets 1.5 cm
in diameter and 0.5 cm thick. Then total arsenic and
heavy metals were measured using X-ray fluorescence
spectrometric analysis (XRF). XRF is multi–element
analysis; this method shows a number of advantages,
as less weighed sample is required (1 g or less) and
it does not require prior digestion. XRFS enables to
perform both qualitative and quantitative analysis of
chemical elements. By determining X-ray peak energy
in a sample spectrum and calculating the count–rate for
various peak values of elements it becomes possible
both to make qualitative elemental analysis of sample
and measure concentration of these elements. Detection
limits for the tested elements are: 8 mg/kg for As;
9 mg/kg for Pb; 9 mg/kg for Cu, 10 mg/kg for Zn; 10
mg/kg for Ni; 9 mg/kg for Co; 30 mg/kg for Cr; 100
mg/kg for Mn; 7000 mg/kg for Fe.

XRF was used to determine concentration of the
following elements in each of the 200 samples: As,
Pb, Cu, Zn, Ni, Co, Fe, Mn, Cr. Preparation of all
sediment samples and reference samples for XRF was
made in permanent fixed–site laboratory equipped with
forced clean air ventilation to reduce potential risk of
sample contamination (“clean room”). X-ray Fluorescent
Analyzer Spectroscan was pre–calibrated before
measurement. Several standard reference samples with
known composition were measured to make calibration
graphs. For the purpose of check analysis statutory
registered reference samples of seabed sediments and
soil were used, approved by Russian Committee for
Standardization, Metrology and Certification. Analysis
data were received from automatic readouts. Multiple
regression equations were used to translate emission
line intensity into concentration values. Coefficient
of correlation for calibration curves was at any time
Fig. 2. Distribution of As contents in the upper layer (0-5 cm) of mud near wrecks W.1 and W.2 along the radial profiles at
the areas III (see Fig.1) and IV (inside of area III). The numbers near the points are values of As content (in mg/kg); 1 km,
exceeding 0.96. This allowed determination of arsenic
and heavy metals with inaccuracy never to exceed
20% at 0.95 confidence probability. Certified reference
material with known composition was measured
together with each batch of samples to ensure accuracy
of analysis. Reproducibility of measurements was 85-
95% for all tested elements. During analysis variability
of blank test results was taken into account for further
correction of analysis results.